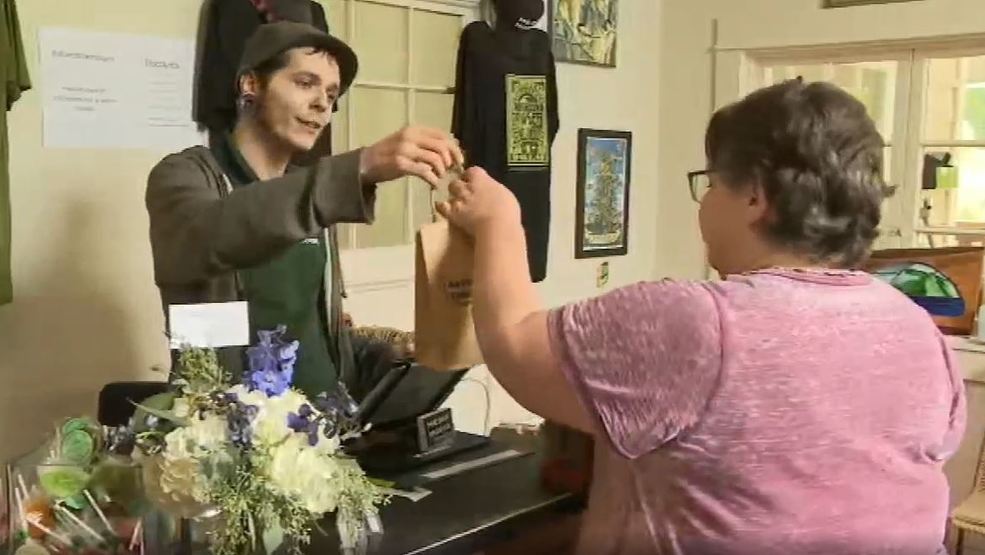 Tennessee’s state website shows that CBD products are legal to sell and consume in Tennessee as long as they have a .3 percent THC level or less. (Image: WTVC)

A CBD business in Chattanooga says they’ve been promoting their business “no problem” for two years … Until now.

Dwayne Madden, the Owner of Hemp House, tells us their Facebook was shut down on Tuesday.

« The message said that we violated ‘community standards’ by promoting the use of drugs, » Madden said. « But it’s very apparent that if you looked at our Facebook page, we promote a lot of hemp products, which we sell — and they are all legal. »

CBD oil and hemp-based creams are just a couple of the products Madden sells at Hemp House, which has a location on the Northshore in Chattanooga.

Tennessee’s state website shows that CBD products are legal to sell and consume in Tennessee as long as they have a .3 percent THC level or less.

« It was a complete shock to me — we haven’t had any issues with Facebook until now, » Madden said. « We use it as a way to reach out to customers directly. »

And Hemp House wasn’t the only local store affected. I called SnapDragon Hemp in East Ridge, and owner Josh Manning says their Facebook page hasn’t been taken down — but their Instagram page was deactivated twice.

« Their community standards are very generic, ‘You can’t sell drugs,' » Madden said. « That’s what it says, and we’re not a drug.”

I reached out to Facebook to get a better understanding of their policies, specifically when it comes to legal hemp-based products.

They did not respond, but their website does say, “ads must not promote the sale or use of illegal, prescription, or recreational drugs. »

« We’ve absolutely felt the hit of not having that availability — of letting them know what’s going on in the store, » Madden said. « This deals with the new products we’re bringing in and things like that. »

Tennessee’s state website shows that the requirements for THC levels in hemp products have actually gotten stricter in recent years. It was as high as .9 percent in 2016.